The abode of Manu, or Manali, according to legend is the place where Manu, who carried the seeds of creation along with the sapt rishis in his boat, came to rest somewhere here in the Himalayas at the time of the great deluge , with the help of Lord Vishnu using Vasuki Naga as a rope. This place, which was a small village, expanded multi fold over time and has become a popular destination for many tourists over the world.

Here’s a peek into some of the places we visited :

Manu temple, quite an old one stands as a tribute to those ancient times.

Hidimba Devi temple, hidden among the giant deodars, dedicated to goddess Hidimba, wife of Bhima and mother of Ghatotkacha.

Vashisht hot water springs is another place of interest. The temple is believed to be of more than 4000 years old. The mythological background to the hot springs here is that Lord Lakshmana shot an arrow of Agni in the ground here to facilitate hot water for bathing for Vashishta maharshi. The water was so hot that we could place our feet in them for just a minute or so. And apparently, according to our driver, the actual hot water is mixed with some cold water and released ! 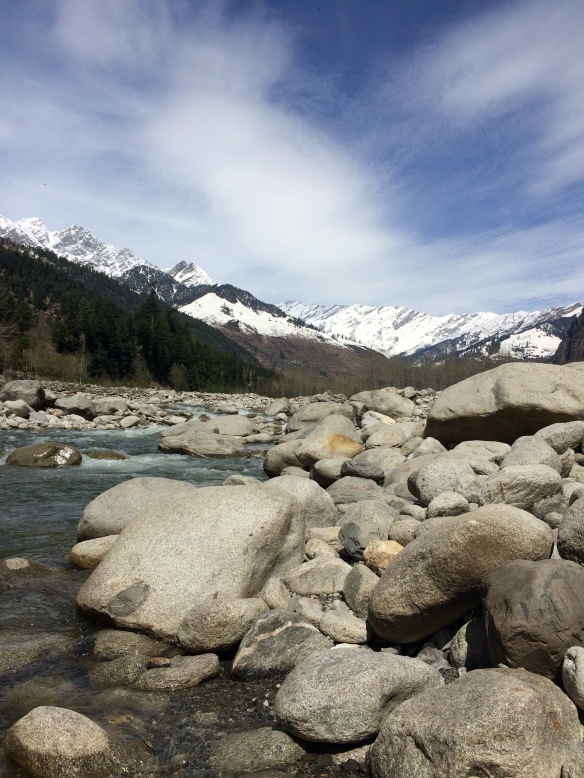 Beas river, those stones, the mountains, the snow seem to be with you everywhere, wherever you go in Manali ! 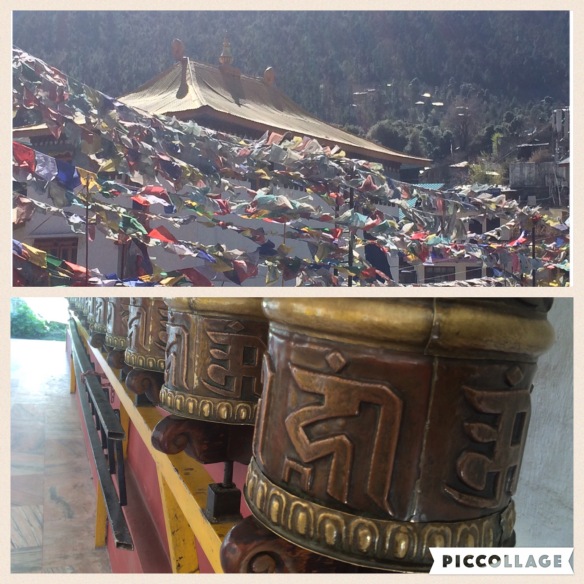 The monastery near the mall road of Manali, I found the prayer wheels interesting, the devotees are supposed to turn those prayer wheels, that are placed round the temple.

My little brain fails to comprehend most of the modern arts that get displayed in art museums , but these artists and their art, which happen at the blink of your eye, on the Mall road, simply took my breath away. I was awestruck by their talent!

More in the coming posts 🙂